17. May 2022
HomeBlogDo Truck Drivers Cause Accidents Because They Snore?

A new study from Australia says truck drivers who drink caffeine are less prone to accidents than their counterparts who don’t drink caffeine.  The study found that long haul truck drivers who used coffee, tea or other caffeine products to stay awake reduced their risk of getting into an accident by over 60%.  My reaction?  Go for it!  If caffeine helps truck drivers stay more alert and reduces accidents, give them all the caffeine they want.  In fact, give it to them free!

But there’s a bigger problem.  A much more serious one that needs to be addressed. 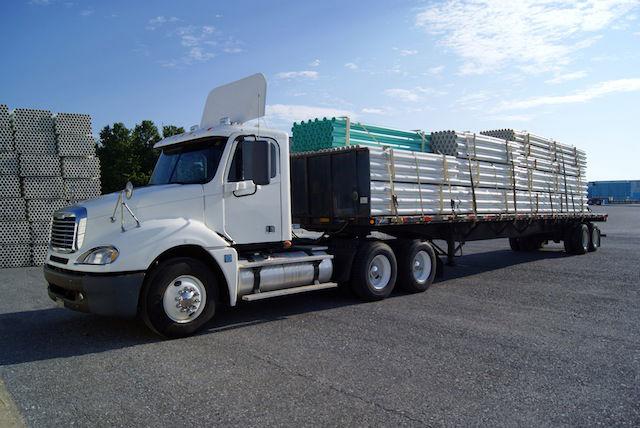 Here are some troubling statistics.  According to a 2007 study in The Journal of the American Dietetic Association, 86% of the estimated 3.2 million truck drivers in the United States are overweight or obese.  In 2010, the Bureau of Labor Statistics said that 13% of all fatal occupational injuries were caused by tractor-trailer truck drivers.  And, the Federal Motor Carrier Safety Administration found that 87% of crashes involving truckers resulted from driver error.  Of those, 12% were because the driver fell asleep, had a heart attack, went into diabetic shock or suffered from some other health condition.   By the way, these reports do not take into consideration non-fatal accidents involving tractor-trailer drivers.

We’re just trying to connect the dots.  It’s a good guess that a high percentage of truck drivers snore – especially if they are obese.  We also know that snoring is a potential symptom of sleep apnea, and sleep apnea is a sleep disorder associated with obesity that can cause potential daytime drowsiness.  Equate that to sleep deprivation, a propensity to fall asleep and slower reactions when driving.  It’s no wonder that truck-drivers are at risk and put others at risk.

The good news is that the truck driver industry and its respective associations realize this is a problem.  And they have been taking measures to improve the health of their drivers with weight loss programs, nutritional education, etc.  But even though we’ve singled out truck drivers, like the rest of the population, it seems to be an upward battle.  It’s not only awareness, but what will it take to get someone to act?  At some point, people have to realize that they might be a loaded cannon and they might hurt themselves, or even worse, others.

Our advice is if you snore, if you’re overweight, if you feel you don’t get enough sleep, take matters into your own hands.  Be your own advocate.  Don’t wait for someone else to tell you to visit a doctor or get a sleep study.  The longer you wait, the greater the risk.

Snoring, sleep apnea, and obesity.  They are all interrelated.  And they are all linked to a variety of other major health issues such as heart conditions, diabetes, etc.  So, yes, for truck drivers, we’d say drink all the caffeine you want, but don’t use it to “mask” other issues that put your health at risk.  Sooner or later, you or someone else will pay the price.