24. Sep 2021
HomeBlogFind the Cure for Your Snore with 3D Printing Technology 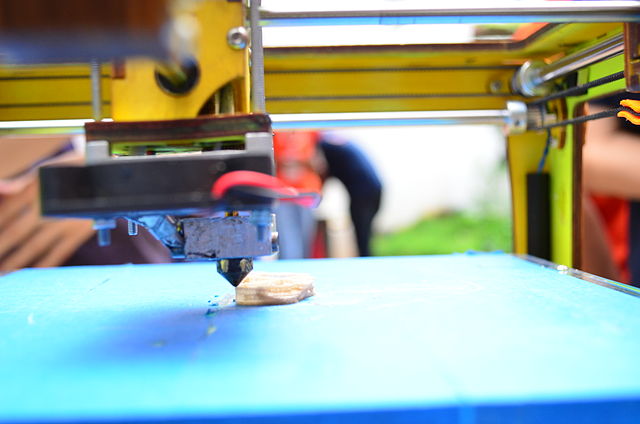 If you snore, you’re probably very well-versed in its side effects–disrupted sleep, chronic tiredness and decreased focus throughout the day–to name a few. None of these conditions contribute favorably to your quality of life, but new innovation in the treatment of  sleep disorders is bringing hope to those who snore and to the long-suffering family members who love them.

What is 3D Printing?

Three-dimensional printing technology has been in use since 1983, when unassuming scientist, Chuck Hall, first conceived the notion in a laboratory where he worked making coatings for tables. The very first 3D printer used a form of liquid acrylic that was doused with UV light to make it harden instantly. According to CNN Tech, this technology is still the basis for today’s stereolithography, or 3D printing:

It’s the stuff of science fiction, for sure, but it’s revolutionizing industries from construction to dentistry.

How Does 3D Printing Cure Snoring?

Utilizing a 3D scanner to copy a person’s mouth, scientists from the Commonwealth Scientific and Industrial Research Organization in partnership with the Austrailian dental company Oventus can create a customized mouthpiece specific for each patient.

Oventus CEO, Neil Anderson says “this new device is tailored to an individual’s mouth using a 3D scan and is used on the top teeth which makes it more compact and far more comfortable.”

The new mouthpiece is expected to come out to market at an affordable price sometime in 2015.

How Many People Will Benefit?

Its estimated 22 million Americans and 100 million people worldwide suffer from the symptoms of sleep apnea–the sleeping disorder often marked by irregular breathing, snoring and abrupt wakening during sleep. For these people, the new, more affordable mouthpiece is heartening. Existing methods of treating sleep apnea include bulky masks and uncomfortable vibration devices. For snorers currently using these methods, or those who simply can’t afford treatment at all, this latest announcement is joyous news.

So if you snore, or love someone who does, this innovation in 3D printing just might help you sleep a little better at night, which translates into a better, brighter tomorrow for everyone involved.