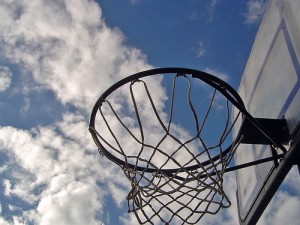 Gold Medal Olympiast and a Snorer

Shaquille O’ Neal single handedly defeated many opponents during his NBA and Olympic career, but it wasn’t until his sleep study results recommended a CPAP that he defeated snoring. Until Shaq’s girlfriend Nikki “Hoopz” Alexander asked ”What is a sleep study?”, Shaq had never taken action to stop his snoring problem.

Is the TomKat breakup really about Scientology and Suri? Or is the real culprit Tom’s snoring?

I have a theory about Tom Cruise and Katie Holmes.  It’s been reported that their breakup was over differences about Scientology and raising little Suri.  I don’t think that was the case at all.  I believe it’s because Tom snores like a jumbo jet taxiing for take-off.  Katie simply had enough.  She couldn’t take it anymore.  Why in the world do you think they had a snore room in their house?

On a more serious note, snore rooms are big business.  Why?  Because 70-90 million people in the U.S. snore — maybe more.  So it’s really no surprise that people will go to any lengths to get some rest after being kept up all night by the snorer they live with.