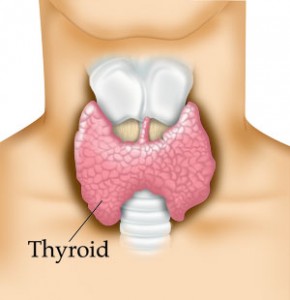 OSA (Obstructive Sleep Apnea) is a serious problem, and if left untreated it can increase your risk of death. But why do we develop OSA? Studies show it could be because of Hypothyroidism.

Approximately 20% of the population suffers from Obstructive Sleep Apnea (OSA), a serious condition occurring when a person’s airway becomes blocked during sleep.  Symptoms of OSA include snoring, disruptive breathing during sleep, moodiness and daytime sleepiness.  Left untreated, OSA may increase your risk of death.

A recent study conducted by the Section of Endocrine Surgery at the University of Wisconsin School of Medicine and Public Health revealed a strong correlation between OSA and enlarged thyroid glands.  It seems that when the thyroid glands are removed (a surgical procedure known as Thyroidectomy) many of the symptoms of OSA were reduced according to Doctor Rebecca Sippel, the study’s author.

Based on these findings, Dr. Sippel recommends that doctors treating patients with Obstructive Sleep Apnea check for an enlarged thyroid as a possible cause.

If you have any of the following symptoms of sleep apnea, you may want to ask your doctor to check the health of your thyroid:

People with OSA may experience:

• Sleepiness or tiredness while driving or working

• Depression or hyperactivity in children.

Because the symptoms of Hypothyroidism and sleep apnea are so similar many patients are actually misdiagnosed. So make sure you get to the doctor if you think you have either Hypothyroidism or Obstructive Sleep Apnea!