17. May 2022
HomeBlogWhat’s Fueling the Growth of the Sleep Center Industry?

Over the past five years, the sleep-clinic industry has expanded at an average annual rate of more than 13?percent, totaling $5.8 billion in revenue this year. As many would suspect, obesity is a major reason for such growth.

Experts say the nation’s obesity epidemic has fueled the industry’s growth by contributing to sleep disorders such as apnea. Obesity and sleep apnea have always been tied together, but there all kinds of sleep disorders that are now being linked to obesity. Additionally, some sleep disorders are a man-made issue, with the proliferation of electronic devices, iPads, smartphones and cable TV, keeping people from normal sleep patterns. 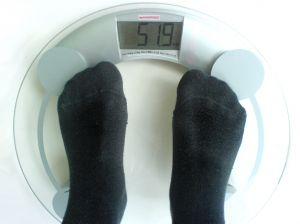 In response to this trend, there has been a marked increase in professional articles and studies, and in an interesting turn, insurance companies are starting to cover the cost of sleep studies.  With many people developing sleep disordered breathing issues, sleep centers are popping up everywhere. The American Academy of Sleep Medicine said it has 2,485 accredited sleep-disorder centers, nearly five times the 502 that were accredited in 2000.

As an example of the industry’s growth, sleep apnea now affects about 1 in 20 men and 1 in 30 women. Ohio State University’s Wexner Medical Center, which has the area’s only sleep-medicine fellowship training program, said it performed about 3,200 sleep studies in its most-recent fiscal year, up from about 1,800 five years earlier. Furthermore, the sleep-program staff at Nationwide Children’s Hospital has easily doubled in the past decade, said Ed Buggie, the hospital’s program manager for neurosciences.

Should You Find A Sleep Center

With the demand for sleep centers seeing massive growth, taxpayers are seeing new implications. Medicare payments to sleep clinics nearly quadrupled between 2001 and 2009, from $62 million to $235 million, according to the U.S. Department of Health and Human Services’ Office of Inspector General.

As a response, health insurers are pushing for more at-home sleep studies, saying that they are as effective as sleep studies conducted in the lab while achieving better compliance at lower cost.