A new form of treatment has been developed for sleep apnea.

Sleep apnea is a sleep-related breathing disorder that currently affects about 28 million Americans. 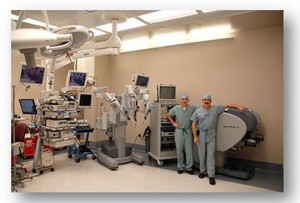 For those 28 million who are affected with this breathing disorder, the air passages to the lungs become blocked during sleep and can cause the person to stop breathing, sometimes for minutes at a time. A loss of breath during sleep can be frightening for the person sleeping and alarming for those sleeping near by.

While there are currently a variety of different ways to treat sleep apnea, some are more successful than others, depending upon your condition. The CPAP mask is generally considered one of the most effective treatments, but compliance is an issue because some patients are not able or willing to tolerate the mask – they find it uncomfortable, hard to get used to, or have other issues with it.

It is a long-awaited medical feat to finally have a new, effective and permanent solution for sleep apnea.

TransOral Robotic Surgery (TORS) Could Help You Overcome Sleep Apnea
A new procedure called “TransOral Robotic Surgery” (TORS) is now available for those who have sleep apnea. The procedure was developed in 2004 by the Department of Otorhinolaryngology at the Hospital of Head & Neck Surgery at the University of Pennsylvania. This novel surgery, the first of its kind, was invented and developed by two physicians at Penn — Dr. Gregory Weinstein and Dr. Bert O’Malley — originally for tumors of the head and neck.

Late in 2009, the da Vinci Surgical System was cleared by the FDA for TransOral otolaryngologic surgical procedures to treat benign and select malignant tumors. TORS is now being used to treat other conditions as well, such as sleep apnea. Penn Medicine continues to be at the forefront of research and investigations regarding TransOral Robotic Surgery for a variety of indications.

The beauty of TORS is that it provides surgeons with much improved dexterity and precision to access the base of the tongue for surgical procedures. TORS is conducted with the use of robotic arms operated by surgeons. The surgeon controls the system which translates the doctor’s hand movements into smaller, more precise movements of tiny instruments inside your body allowing the surgeon to access the tight space at the base of the tongue.

Tongue base surgery has been challenging due to the difficulty of manipulating surgical instruments in a limited operative field where lighting and visualization is restricted. However, with a high definition, 3-D camera and advanced imaging technology, TORS allows surgeons to visualize areas of the mouth and throat at level of detail that could only be seen in the past through open incisions. As a result, TORS is only minimally invasive compared to traditional methods.

Dr. Adrianna Hekiert and Dr. Amy Lazar two ear, nose and throat surgeons at the Somerset Medical Center’s Institute for Robotic Surgery, were the first two physicians in New Jersey to use TORS to treat sleep apnea in 2010. They use the TORS procedure to remove any excess tissue at the tongue’s base that falls or flaps in the way of the breathing passages during sleep, which is often the culprit in the airway blockage that leads to sleep apnea. Somerset Medical Center is the first hospital in New Jersey to perform the TORS procedure.

WHAT TO EXPECT IF YOU ARE A PATIENT

An average hospital stay for a TORS surgical procedure is 2-3 days, but it’s really dependent upon the patient’s recovery with respect to pain tolerance and reduction of soft tissue swelling. Full recovery will take about three weeks. A post surgical sleep study is usually recommended three months after surgery. Recovery times for more traditional procedures can take at least two to three times as long.

In a case study at Penn, one of the patients who underwent TORS first had tried CPAP (continuous positive airway pressure) unsuccessfully. The patient found the mask uncomfortable and soon became noncompliant which is often the case with 50% or more of CPAP users. As an alternative to CPAP, the patient discussed another procedure with his doctor, a uvulopalatopharyngoplasty, but was discouraged by the length of the recovery time.

After considering these two approaches, the patient opted for TORS. The hospital stay was only 72 hours. Following the surgery, the patient reported substantially improved OSA symptoms including fewer nighttime awakenings and diminished snoring.

Dr. Amy Lazar at Somerset Medical Center in NJ says that, “compared to traditional surgeries, TORS leaves patients with fewer complications, reduced pain, shorter hospital stays, no scars and, most importantly, faster recovery.” One of Dr. Lazar’s patients, Ron Krilla of Bridgewater NJ, underwent TransOral Robotic Surgery and said that he noticed an improvement in his breathing pattern and level of comfort when he went to bed the very next day. He says his quality of life has improved and he sleeps better, has more energy and will potentially live longer thanks to the TORS procedure. Mr. Krilla was in the hospital for only two days.